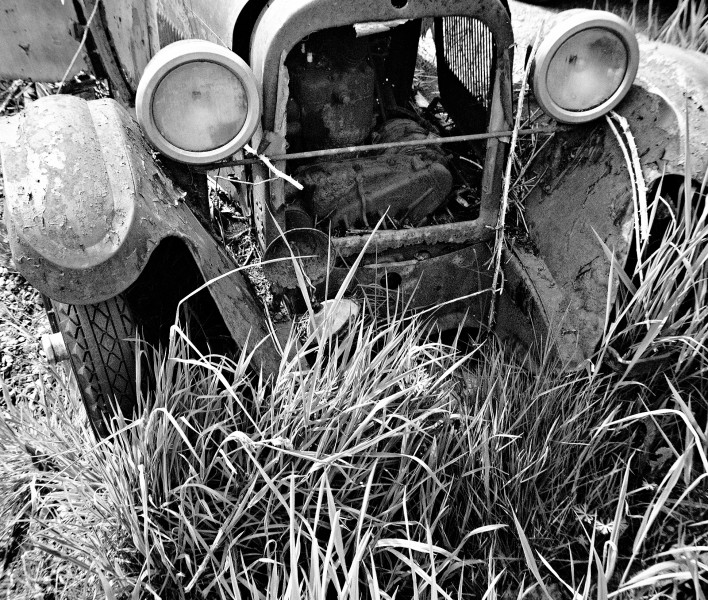 I found this old Ford decaying beside another wreck near Victoria, B.C., both in the tall grass in a vacant field next to a gravel pit.  The adjoining wreck, which was ratty, modern, and distinctly un-photogenic, was so close that I could not keep it entirely out of the picture.  I finally made the best image possible by cropping the radiator tightly, eliminating the bits of the second car, and bringing together the decaying front of the Ford in contrast with the the tall grass around it, as the plants of the field exuberantly attempt to return it to the earth.  In the end, I came to prefer this closely focused view of the contrasting grasses and wrecked car.