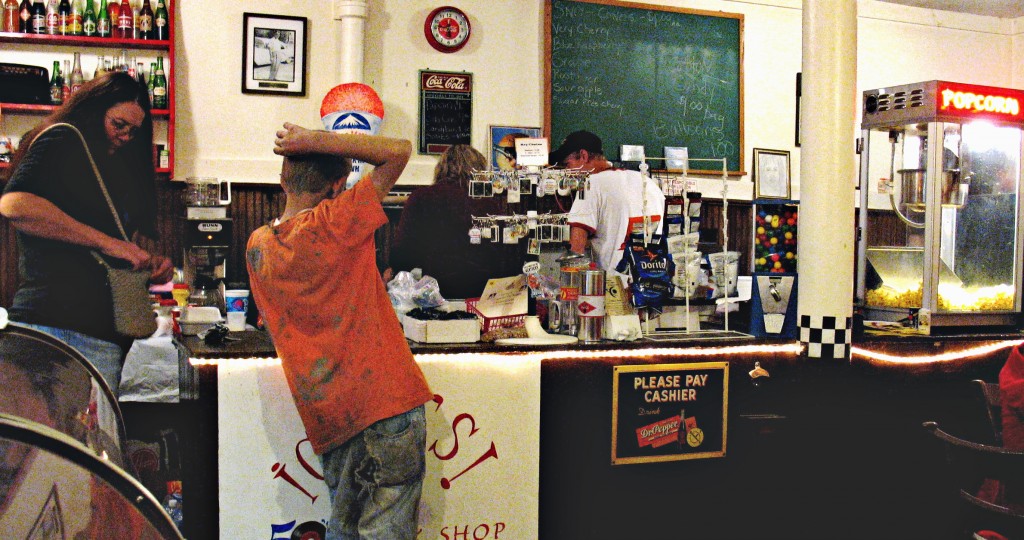 Van Lear, Kentucky: A magical summer night in a tiny Appalachian town. The best of bluegrass from the porch of a tiny bungalow, paint peeling like shavings in a carpenter’s shop. Meeting Loretta Lynne’s family, mingling with her friends and neighbors. One main street with white clapboard houses, and a small diner tucked beneath the boxy  old Van Lear Historical Society building.

Each year, Van Lear, birthplace of Loretta Lynne, remembers the first coal train rumbling away from the tipple at Consol Mine #151 by hosting Van Lear Days, a day of parades and celebration followed by an evening of down-home bluegrass. The town, situated in the middle of the Paintsville Coal Field, is tiny, nestled in a bend of the road across Miller’s Creek. Winding our way through Kentucky’s narrow, serpentine mountain roads, we arrived to find musicians in T-shirts and jeans setting up on the porch of an old bungalow, spotlights clustered amid traffic cones and tangles of cable across dusty Main Street. Visitors and neighbors perched in lawn chairs, opening coolers stuffed with Cokes and fried chicken. Campaign posters for the local election festooned the porch, luminescent in the glare of the lights.

Bluegrass on the Porch

The music was indescribable – bluegrass played in its home and at its roots. Peggy Sue, Loretta Lynne and Crystal Gayle’s sister, sang and told stories. We met Loretta’s neighbors, and listened as they reminisced about their local girls who had made good. After, I wandered into the tiny diner (Icky’s 1950s Snack Shop) beneath the Van Lear Historical Society.

Armed only with my Canon digital point-and-shoot with its f/2.8 lens (I had no vintage cameras that year in Kentucky), I saw this tableau in front of the counter and snapped one image. The original file was underexposed and of poor quality, but careful use of the Curves function in Photoshop, together with increasing contrast and saturation combined with the “Local Contrast Enhancement” function in Astronomy Tools pulled up a quality image.

Edward Hopper’s “Nighthawks” always comes to mind as I view this image: with Hopper, the diners are captured through the restaurant’s window; with “Van Lear Diner”, the  tableau is frozen as they wait, the woman rummaging in her purse and the youth, clearly come from work in his ragged shirt, stretching restlessly as they endure the stifling air of the tiny diner.