Vintage Kodaks from the early part of the twentieth century usable for fine art photography will most commonly come equipped with either an Anastigmat or a Rapid Rectilinear lens.  Although the Rapid Rectilinear is the older design, when stopped down to f/16 or higher it is extremely sharp and, surprisingly, has excellent color rendition.

The Rapid Rectilinear, a famous lens, has great historical significance and represents a landmark advance in photographic technology.  This has been described by Dr. John Loomis at the University of Dayton (original source Rudolf Kingslake):

“One of the most important photographic objectives ever made was the famous Rapid Rectilinear or Aplanat of 1866. This design came midway between the invention of photography in 1840 and the introduction of the Anastigmat in 1890, and lenses of this type were fitted to all the better cameras for nearly sixty years, a record scarcely surpassed by any others.

By 1865 photographers had three types of lenses available to them: the simple landscape meniscus, the Petzval Portrait lens, and the wide-angle Globe lens or the Ross Doublet. What they needed was an intermediate lens covering about ±24° at f/6 or f/8, which, of course, had to be free from distortion.

The Rapid Rectilinear lens was introduced by J. H. Dallmeyer in 1866. We do not know what led him to this highly successful design, but it may have been an assembly of two Grubb-type landscape aplanats about a central stop. Dallmeyer’s patent showed a lens that was manufactured and sold under the name of Wide-angle Rectilinear (Brit. Pat. 2,502/66; U.S. Pat. 79,323.) The front and rear components were similar but not identical, the front being larger than the rear, as shown in Figure (a). Very soon Dallmeyer found that it was better to make the two halves identical (Fig. (b), and this arrangement became the well-known Rapid Rectilinear. Most previous rectilinear (i.e., distortion less) lenses had been of low aperture, and Dallmeyer was therefore justified in calling his lens rapid, although the aperture was only f/8 or f/6 at the most.

Simultaneously and independently an almost identical design appeared in Germany called the Aplanat. This was designed and manufactured by Dr. H. A. Steinheil (1832 – 1893). As Steinheil and von Seidel (the mathematician who had recently established the theory of lens aberrations) were good friends, it is probable that the Aplanat had been designed on proper scientific principles, and Steinheil naturally supposed that Dallmeyer had pirated his invention. The argument became heated, and letters from both parties appeared in the scientific journals. When the smoke cleared it appeared that Steinheil had priority but by only a few weeks. Simultaneous inventions are actually quite common. The need is there, the necessary technology has been developed, and we must expect to find several inventors in various countries all working along similar lines. 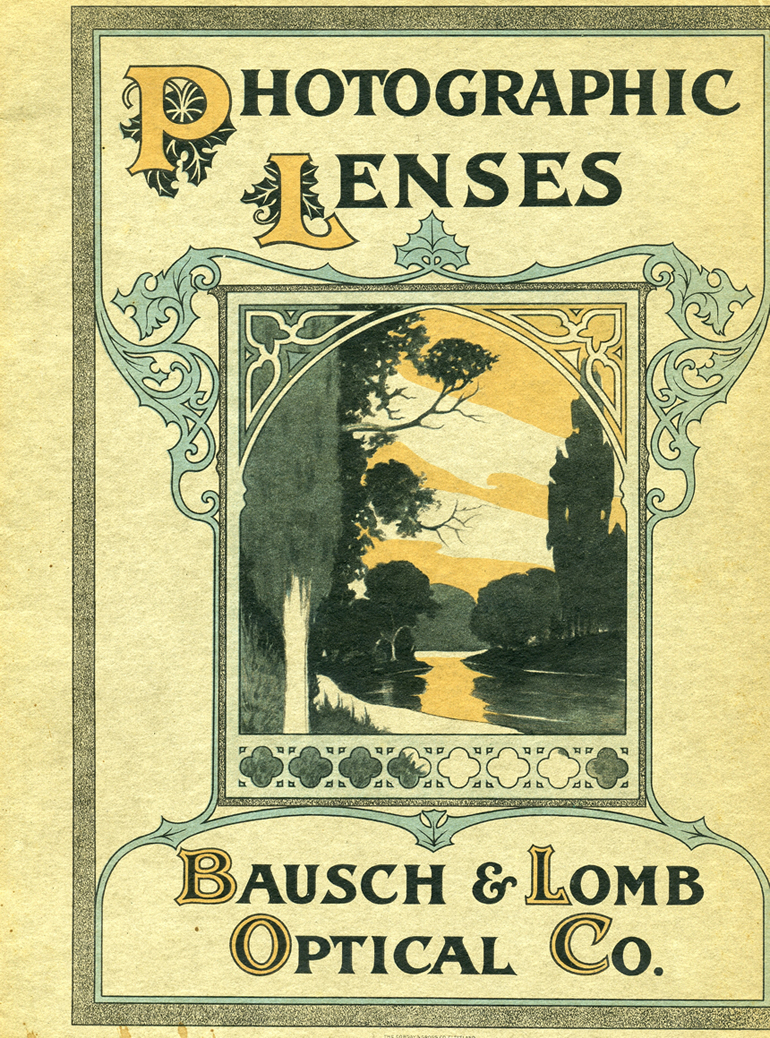 The real clue to the construction of the Rapid Rectilinear lay in the choice of glass. The two glass types should differ as much as possible in refractive index yet be close in dispersive powers. The lower-index positive elements were inside, close to the stop, while the higher-index negative elements were outside. Among the glasses available in 1866 there were only flint glasses that met the requirements, and both Dallmeyer and Steinheil selected two flints, one light and one dense, to make their lenses. If the two glasses were widely different in properties the lens became long and worked at a higher aperture, while if the glasses were closely similar the lens became more compact, the components more meniscus-shaped, and the angular field became larger, though at a smaller aperture. Several series of these lenses differing in aperture and field therefore became possible. Thus, Steinheil’s Landscape Aplanat covered ±30° at f/10; his Wide-angle Aplanat covered ±45° at f/18; and he later developed a Portrait Aplanat, which covered ±12° at f/3.5.

After the development of barium glasses, other combinations of glass types became possible that still met the requirements of a low V-difference and a high n-difference. For example, the Universal Aplanat of Steinheil used a common crown glass with a dense barium flint, and most of the later Rapid Rectilinear lenses also employed this type of glass combination.

Actually, the Rapid Rectilinear is a fairly expensive lens to manufacture. The internal cemented interface is strongly curved and has to be polished one on a block for both elements. The lens did have one outstanding virtue, in that the aberrations were well maintained over a wide range of object distances, so that the same lens could be used equally well on a camera or an enlarger, or for copying full-size without distortion”.

3 thoughts on “The Rapid Rectilinear Lens”